Drain Gang did a sold out tour of the US and Canada between March 18th and April 18th 2022, consisting of 20 shows in total. This was their first ever US tour. Drain Gang is the sound of authentic influence and imagination - well beyond working in an articulable genre or style, the collective has reinvented what it means to make truthful music.Vocalists Bladee, Ecco2k, Thaiboy Digital and producer White armor transfigure feeling, experience, and sound into something altogether new, generating a result that is as much an addicting affective collage as an everyday mysticism: hypnotic, ethereal, startling and tender. The group met as kids in Stockholm, producing music in various formations, and around 2013, they started calling what they were doing Drain Gang.Since their early releases on Soundcloud first cultivated an audience among fans of cloud-rap and other genre innovations, their prolific output on the label YEAR0001 has gained Drain Gang a global cult following, and the artists' shared vision finds them ascending creative heights with every release. While the artists maintain an ascetic and inscrutable online presence, their fans obsessively decode Drain Gang's output, excavating myth and meaning from every detail available. Starting in February 2022, Drain Gang will be embarking on their first global tour, and whether or not a live encounter pierces their mystique remains to be seen. Though they share a common background, the members of Drain Gang are informed by their own myriad and ever-changing personal inspirations. Breaking from existing scenes and sounds, they have developed their own world of new expressions, influencing generations of artists to follow. When they come together, the sound is that of distinct-but-complementary individuals pushing one another towards something bigger and more perfect. And yet being a collective means that Drain Gang is home to a set of relationships that transcend its timeline.If there is a mythical creative core of the sounds and styles that have developed within the DrainGang extended universe, it's simply those friendships, hanging out, growing together. The music flows naturally from there.

Both employed by YEAR0001 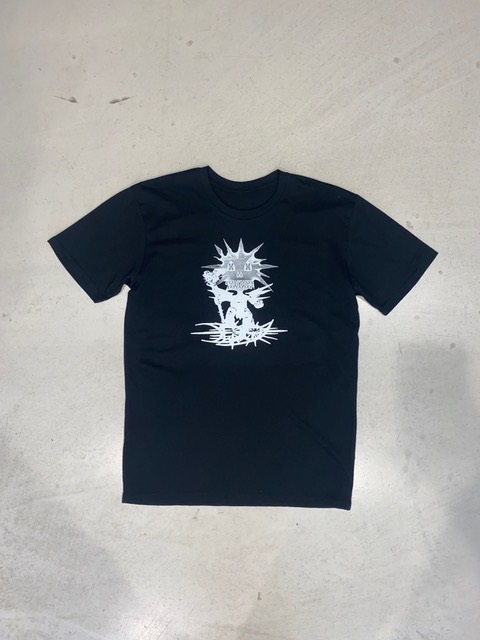